Political Rant by a Person Trying to Follow Jesus 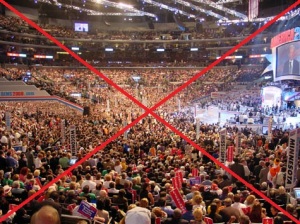 I am embarrassed to watch people who self-identify as Christian – which means we are brothers and sisters of Christ together –  mocking people who disagree with them from the opposing side.  If we are supposed to love our enemies it seems logical that we are supposed to refrain from making fun of them too.

I don’t want to watch deceptive, negative, mean-spirited, snarky advertisements that mock our democracy and our way of life as people who try to follow Jesus.

I don’t want to participate in the ugly truth that the most financially powerful people in this country get to control the election via Super PACs.  It might be legal but it’s not moral or just.  We are a better country than this.

The political parties have lost their way every time they would rather wake up to learn that their political rivals have screwed up than our nation has rallied.  This is sick.

Speaking of parties, seventeen people lost their lives in a most vile way in southern Afghanistan Monday because they were dancing and listening to music.  We live in a world in which the kingdom of heaven is hidden from too many.  I wish the political parties noted these horrors but chances are that nobody will mention this party when the politically powerful meet in Tampa and Charlotte.

It’s not good for my soul to watch the speeches, the videos, the media coverage.  It’s not good for the soul of our country when people base their politics on what’s good for them and their families first and foremost.  We are all blessed beyond the wildest dreams of most people in the world and even if money is tight and we fear losing our jobs, we are still called to serve the least of these.

So, I for one won’t be tweeting about Ann Romney’s or Cory Booker’s speeches.  Maybe they’ll be great speeches and I hope they are.  But I don’t think I can watch.