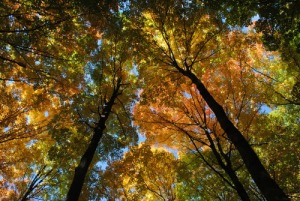 Issues about age in the ministry – or in any vocation – are often more about energy levels and call than chronology.  And it’s all a little scary.

As a pastor who served for 22 years in one congregation, I often worried about staying too long.  It can be a form of clergy misconduct.

At about year 18,  I chose a group of three people (one of whom usually disagreed with me on pretty much everything) and I asked them about every six months if it was “time to go.”  This group changed often due to the transience of the congregation.

I don’t think they were just being nice when they said that they didn’t think it was time to go, but honestly, as years passed, their collective counsel went from “no!” to “we don’t think so” to “maybe.”

For all of us in this situation, it’s complicated.  In my situation, it was more about my spouse having his own call than the fact that my kids were in high school and we “couldn’t leave.”  Our extraordinary TBC said that – if her Dad found his dream job somewhere far away –  she’d happily move.  The truth is that 1) she had a profoundly good life she’d be leaving behind and 2) as it happened, HH wasn’t called away until TBC started college.

And it was still traumatic leaving the home our children had known all their lives.  Nevertheless, we were called halfway across the country.  This is what you do if God calls.

Brian Blount preached at Shannon Kershner’s installation yesterday that following a call is “not a lifestyle choice.”  It’s not about climbing a ladder.  It’s not about moving to a bigger and “better” church.  It’s not about staying close to family or moving closer to family – although I always pray that these things might be under Divine consideration.  Some of us are called to serve congregations close to home and some of us are not.

Calls change as years pass and we who consider what we do as a calling – whether we are pastors or teachers or scientists or construction workers – must assess whether or not we are still energetic, still visionary, still teachable.  Do we in long-term calls encourage risk and fresh expressions of faith?  Do we partner with people in different generations, cultures, experiences than our own?

As I visit numerous congregations and talk with as many as ten governing boards each month, I see time and time again that we are sometimes stuck because we need fresh leadership.  Sometimes it’s the pastoral leadership that needs to change and sometimes it’s the lay leadership that needs to change.  And the longer the pastor or the elders/deacons have served, the more difficult it is to make those changes.

It’s terrifying, really, to make these changes.  The unknown is always scary.  But, friends, it’s a new season in more ways than one.  We need to ask ourselves, “Is it time to move on?”  And if so, how are we preparing ourselves for the next season of ministry?

Or maybe it’s not time to go anywhere.  (Talk with God about it.)

Image of Fall in Chicagoland.  (Notice the blue skies behind those autumn leaves.)

One response to “Long-Term Pastors & Age”