Speaking Up on Presidents’ Day

In the wake of last week’s tragedy in my home town of Chapel Hill, at least one 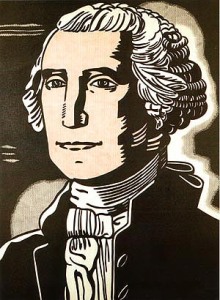 I need to hear from my president.  The shootings occurred on Tuesday and – to be fair – the world didn’t know much about the victims until Wednesday.  But President Obama didn’t talk about it until Friday.

We don’t elect the President of the United States to be our spiritual leader.  And yet there are moments – Ferguson, Sandy Hook, Katrina, 9-11 – when we expect our highest government leader to speak of lofty things.  Sometimes I want my President to declare/remind us in the wake of unnecessary violence that This Is Not Who We Are as human beings.

Yes, individuals can be broken, dark, mistaken, insane, and randomly evil.  But that is not who were were created to be.

As a follower of Jesus, my faith teaches me (Hello Incarnation) that we are called to stand with those who suffer.  Kayla Mueller was apparently trying to live out her faith in this way.  Some have called her foolish, but she was trying to be the hands and feet of Jesus in a place of terror.

As a pastor, I have answered this vow four times now:

Will you be a faithful minister, proclaiming the good news in Word and Sacrament, teaching faith, and caring for people? Will you be active in government and discipline, serving in the governing bodies of the church; and in your ministry will you try to show the love and justice of Jesus Christ?

My hope is that all my clergy friends are off today for Presidents’ Day because we need the break before Lent begins.  But, just as we remember what Presidents do, it’s a good day to remember what pastoral leaders do.

Years ago, during a particular difficult issue in the congregation I was serving, the leaders were discussing how to move forward.  I remember one elder saying, “All I know is that I want my pastor back.”  I had been so entrenched in the administrative matters at hand that I had not been free to be the pastor I’d been called to be.

We clergy have been called to speak – as well as to be the hands and feet of Jesus. I’m grateful for pastors who speak up.  There is a great deal to speak about.  It’s our calling and our responsibility.

One response to “Speaking Up on Presidents’ Day”