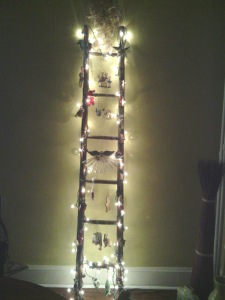 I believe the birth of Jesus changes things here and now.

If it doesn’t, then Christmas is merely about presents and food and parties and a sentimental old story.

So*. . . what’s next?  If we believe the light of Christ has come into the darkness, we will want to let that light shine, right?  But sometimes shedding light on darkness is uncomfortable.  Cockroaches run when the lights are turned on.  Lies are revealed when light shines on them. Sometimes those lies are whoppers.

Among my personal favorites from a lifetime of professional ministry:

This article–  from what I believe is one of most reliable newspapers on earth – talks about today’s ubiquitous topic:  fake news.  Its twist is that political conservatives are accusing mainstream news outlets of being purveyors of fake news too.  It’s not just about outrageous stories coming out of new services called 100percentfedup.com or Huzlers.  Some fake new sites have real-sounding names like Bipartisan Report and ABCnews.Com.co.  A good list to check out is here.

But this morning’s article is about conservatives accusing journalists from top notch journalism schools with deception.

We live in a time when someone can repeat a lie over and over and over again to the point that people start to believe it.  But we need the truth – both politically and spiritually.

The truth will set us free, but first it might make us miserable.  The truth is that there is deception on all sides and it’s often hard to figure out what’s factual. Example:

Pontius Pilate once asked, “What is truth?” and it continues to be an excellent question.

From the NY Times story today: “We now live in this fragmented media world where you can block people you disagree with. You can only be exposed to stories that make you feel good about what you want to believe. Unfortunately, the truth is unpopular a lot. And a good fairy tale beats a harsh truth every time.”

So how do we connect our faith in the One called the Light of the World with what’s going on in our divided nation today?

Jesus said:  ‘See, I am sending you out like sheep into the midst of wolves; so be wise as serpents and innocent as doves.”

We who follow Jesus are called to be different.  I believe this and hope you do too.