Not Knowing What We Don’t Know 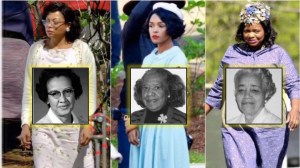 “Tell me your story,” I blurted out to a stranger at Montreat last week.  Not sure why I didn’t just start with “Hi” but the stranger quickly became a friend because he told me his story.  He looked like a hipster which means I’d pegged him as one kind of person when actually his story informed me that he was another kind of person.

I’ve been in situations because people assumed things about me based on my job, my age, my gender, my appearance.  And I have my own personal problem with making erroneous assumptions about other people.  We call this implicit bias.

The God who knows the truth about us (and especially those things we would die if everyone knew about us) calls us to love our neighbors as ourselves.  It’s easier to do this when we know peoples’ stories.  When we don’t know what we don’t know we are not just ignorant; we are dangerous.

I am a little less ignorant about systemic racism after reading Waking Up White – the book Denise Anderson and I are asking everybody in our denomination to read.  Before reading the book, I didn’t know that the GI Bill was – in the 1950s and 1960s – only for white men.  What this means:

This is a long introduction to why I recommend that we all see the movie Hidden Figures this weekend.

Many white people not only do not know this story which is part of American history, but we also do not know the extent that racism has been an everyday reality for citizens of color in the United States of America since forever.

Note:  I write this on the day that a man has killed innocent people in the Ft. Lauderdale Airport and while information is still coming in, one tweet I read which was sent to Ari Fleischer who was in the airport when it happened is this: Are they screaming #BLM or #AllahuAkbar? @AriFleischer

One response to “Not Knowing What We Don’t Know”