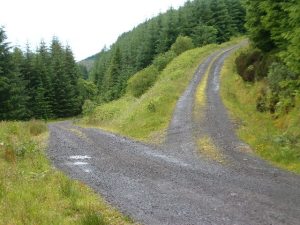 If you think Sean Hannity is the only media person who speaks the truth, please stop watching him for the next four weeks.  If you think Rachel Maddow is a genius, please stop watching her between now and the mid-term elections.  The chasm between political sides is killing us – spiritually, emotionally, and perhaps even physically.  I’ve heard of people literally getting sick because … Kavanaugh/Ford/Collins/Booker/Graham/Feinstein.  Many Americans have simply stopped watching the news according to my unscientific/random surveys among friends and colleagues.

At the risk of people thinking I’m saying that I appreciate Nazis (“very fine people on both sides”) what I’m actually saying is that we have got to breathe and stop demonizing each other.  Among the comments I’ve read/re-read in the past week:

Both sides have demonized political enemies.  Both sides have seemingly lost our minds and our perspectives.  We need to step back and take a deep breath and …

What’s especially hard is that trying to see someone with the eyes of Christ (or the face of Christ) makes no difference if we are in heated conversation with someone who mocks/denigrates/bullies people.  How do we see the face of Jesus when someone is openly shaming people?

I frankly don’t know.  How do we forgive those who shame us over and over again no matter how disrespectful we might be?  Again, I don’t know.

This will take divine and miraculous intervention.  But we must try to take the high road.

Image of that high road.