Fake News is Real (and so is Fake Theology) 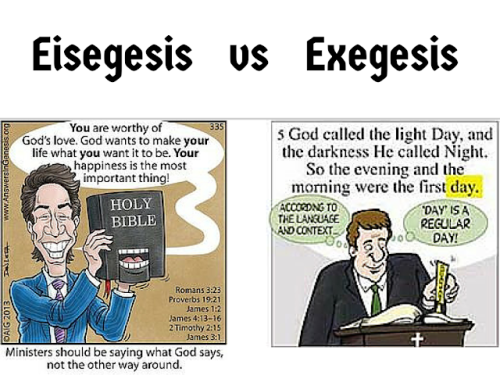 One of my pet peeves on the evening news is the banter of newscasters after a story is reported.  Example:

Reporter: (Reports the story about a new treatment for Alzheimer’s Disease.)

News Anchor: Thank you Roger.  This news gives everybody hope.

Me: (in my head) Does it? And why do you need to comment?

There are journalists who research and report the news.  And then there are talking heads who opine about the news and deliver their take as if they are journalists.  Note:  Hannity, Maddow, etc. are not reporters or journalists.  They offer commentary that supports what they consider to be true/right/real.

This has divided us. Millions of people watch what appears to be The News when what they are actually watching hours of opinion pieces that perpetuate their own political stances.

What is the plain meaning of a news story?  It’s about facts and only facts.

Fact:  The Cathedral at Notre Dame burned.  Commentary:  Even the faithless are in mourning.

Fact: Meghan Markle is going to have a baby. Commentary: British tabloids are reportedly upset that there will be no newborn photo shoot.

Some interpretation of the news is helpful in terms of understanding beyond the plain meaning of a statement.  For example: Congresswoman Ilhan Omar spoke last month at a CAIR (Council on American-Islamic Relations) event and said this to a group of Muslims:

“Here’s the truth. For far too long we have lived with the discomfort of being a second-class citizen. Frankly, I’m tired of it. And every single Muslim in this country should be tired of it. CAIR was founded after 9/11 because they recognized that some people did something and that all of us were starting to lose access to our civil liberties.”

Commentators have responded with “She doesn’t consider 9/11 to have been an act of terrorism” or “She is minimizing the horror of that day.”

People have taken her words out of context or attributed meaning to her words that were not there.  Sometimes we need to look at the plain meaning of a sentence and ask:

Imagine if I told you that these lines can be found in the Bible:

And now imagine if I told you that the plain meaning is clearly that:

The top lines come from the Hebrew and Greek Scriptures.  The bottom set seems to point out “the plain meaning” of those top lines.  But to understand what’s going on, a preacher will offer the historical context, the probable audience, the genre (is this from a poem?), and the textual features.  A solid preacher will explain that Genesis 2 is about the end of child sacrifice, 2 Kings 2 is about the importance of respecting God’s prophets, and John 11 is about the death of Jesus’ friend Lazarus and – being a human being – Jesus wept when Lazarus died.  Spoiler alert: Easter is not the first resurrection story in the Greek Testament.

My point is this:  some commentary is good.  We need to know the context, the history, the audience.  But we don’t need eisegesis either from preachers who are twisting scripture to make it say what they want it to say or from media personalities who are twisting words to create drama.

Fake news is real.  Fake theology is real.  God gave us brains to discern what is real and what is not real and in this Holy Week, we remember Jesus whose words were twisted and whose actions were misconstrued.

Image from The Berean Corner.