What We Have Done

Then there came to our place a large army, who killed many men, and took me, 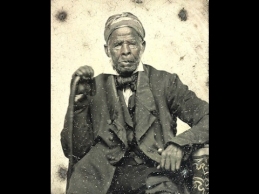 and brought me to the great sea, and sold me into the hands of the Christians, who bound me and sent me on board great ship and we sailed upon the great sea a month and a half, when we came to a place called Charleston in the Christian language.

From The Autobiography of Oman ibn Said (1831)

My favorite part of Rachel Held Evan’s Searching for Sunday is Chapter Ten: “What We Have Done.”

And then she highlights some of the things done in the name of Jesus through the ages:

Jesus wept.  And not for joy.

I encourage you to read the diary of Mr. Omar ibn Said which is the only known diary of an enslaved person in the United States written in Arabic. (It’s a short read – only a few pages.)

His diary has been translated into English and it’s heartbreaking, yet hopeful.

Mr. Said was a prosperous and distinguished man who was kidnapped at the age of 37 from Africa, shipped to Charleston where he was sold to a cruel man. He escaped to Fayetteville, NC where he was arrested and later purchased by the Owens Family who were devout Presbyterian Christians.  He converted to Christianity and although he lauds his treatment by the Owens family, it seems that he died an enslaved man.  The Owens Family were members of First Presbyterian Church in Fayetteville, NC – a congregation in my denomination.

I wonder if Mr. Said converted out of faith or out of fear.  It’s been said – at least for leaders – that you can be feared or you can be loved but you cannot be both.  I disagree, at least when it comes to The Divine.  I love Jesus and believe that I am loved by Jesus, but I also fear what God could do to us because we deserve it.

This is what grace is all about, though.  The White Christian Empire has annihilated millions of people throughout the ages of God’s good creation in a way that should spark our deepest shame.  “It wasn’t us,” we say.  “We never killed a Jew or a Muslim, never enslaved a person, never took a native American’s property.”  But our people did and the resulting privilege we’ve enjoyed is evidence of our participation.

What a downer for Eastertide.  But actually, this is an Easter message. We have been granted such grace that we are moved to repair what is broken in this world in hopes of making it a little more like heaven around here.

Image of the extraordinary Oman ibn Said.   Here‘s the PBS piece on him.  Also, please keep praying for Rachel Held Evans who is hospitalized with complications from an infection.

One response to “What We Have Done”