What to Do About Fake News (in Church and Beyond) 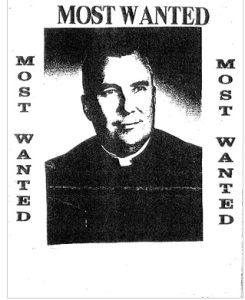 While on vacation last week in TBC’s neighborhood, I picked up a piece of trash on the sidewalk and it was a business card with the photo of a pastor and – in bold lettering – the words: “____ is an abusive priest” with an accompanying URL to learn more.

As we walked along the sidewalk, I saw more of these cards sprinkled along the ground for about a block.  And when we got home, I did some research.

It was clear that there had been a church conflict between a member and the priest.  It didn’t involve sexual or financial misconduct, but the member perceived that the priest had not been kind to his family during a difficult situation.  The priest had filed for a restraining order against the parishioner after being physically threatened.  The congregation was supporting the priest.

The member had printed up business cards to distribute throughout the neighborhood and – to put it lightly – this was not good for the congregation or their pastoral leader.

Suing somebody for slander is 1) a difficult case to win and 2) against some of our religious beliefs.  But what do we do about fake news especially when the news is about us?

All of us need to do our research.

The only way we can stop fake news is to stop it.  Stop assuming the worst about people.  Stop looking for dirt on our enemies.  Stop spreading gossip – or worse – about our neighbors.  It’s destructive.

Image of a priest accused of misconduct.  These “Most Wanted” signs were spread all over a suburb several years ago.  I don’t know whether or not he was guilty.