I was a Young Life kid in high school and during my senior year, I shared my testimony about Jesus being my Lord and Savior.  All the cool kids went to Young Life on Wednesday nights and I remember my small group leader – the one who asked me to share my testimony – telling me that it was important for “the popular kids” to be spiritual leaders:  the captain of the basketball team, the student body president, the children of important townspeople. (I was head cheerleader.) 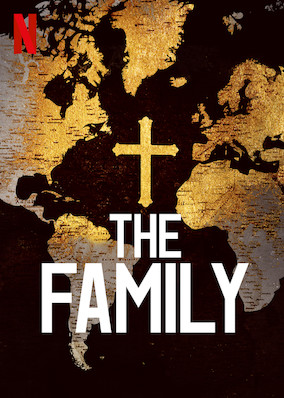 I felt the same discomfort as I was watching The Family on Netflix over the weekend.  I’d read Jeff Sharlet’s book years ago and it had effected me for many reasons.  It effects even more so now as a docu-drama.

The Family – also known as The Fellowship – is the organization that makes The National Prayer Breakfast happen in Washington, DC every year.

I know people who have been a part of that organization and most of them have left or been asked to leave over the past 20-30 years.  At the invitation of Doug Coe they became part of The Family/The Fellowship essentially because they were The Cool Kids in evangelical Christian circles.  They were the influencers, the former team captains and children of the powerful.  Although they have included members of both political parties, they lean conservative.

Their ministry is  a behind-the-scenes quest to build relationships with powerful people – focused on Jesus – in order to influence governments.   And – in spite of espousing wholesome family values, several of their associates struggled with adultery through the years. At least one went to prison for conspiracy to act as an unregistered foreign agent. And National Prayer Breakfast attendee Maria Butina is currently in prison for the same thing on behalf of the Russians.

Again, it all feels icky.

When The Cool Kids become the spiritual leaders, the temptations to follow something besides Jesus are enormous.  The power, the entitlement, the wealth, the notion that we are “chosen” and can do anything we want because Jesus has picked us to influence others – all this is toxic.  And the theology is shaky.

Yes –  King David from the Hebrew scriptures was was used by God even though he was an adulterer and a murderer. But he was also held accountable for his crimes.

Few seem to be held accountable in The Fellowship, most especially the dictators and kings to whom The Fellowship has reached out.

Weak is the new strong in Jesus’ actual message.  Yes, Jesus could be fierce (you brood of vipers! ) But Jesus always sided with the hungry, the naked, the imprisoned.  The rich have received their reward.

I love the end of The Family because we meet a small group of men who push back on the notion that powerful. wealthy white men are the key to spreading the message of Jesus.  The truth is that God uses all of us: black, brown, white, golden, poor, rich, sick, well, old, young.

When I’ve had the opportunity to meet people in that organization, I’ve felt sized up and cast off when it was clear that I was not going to be a tool for their power.  That, my friends, is not true relational ministry.  That’s transactional ministry.  And eventually it self-destructs.

Image from Netflix.  I highly recommend watching The Family directed by Jesse Moss, based on the book The Family: The Secret Fundamentalism at the Heart of American Power by Jeff Sharlet.