What’s Our Next Big Thing? 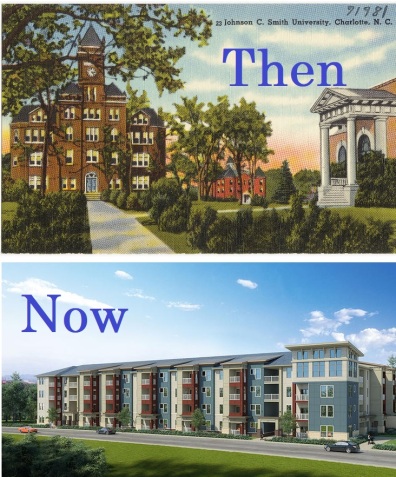 There was a time when the Mainline Church was a powerhouse in terms of cultural significance and impact.  We did a lot of Big Things.

Today, few people know how to spell Presbyterian much less identify as one.  Gone are the days when The Presbyterians built new colleges, seminaries, hospitals, and orphanages throughout the United States and the world.

In the 19th Century, educating white women and men of color was considered foolish by many powerful people. Why would anyone do that?

Creating institutions to care for children and the sick was much needed but often decried as too expensive.  But many congregations did the risky thing because it was the right thing.

What risky endeavors are we about now?  What are the much needed – and yet expensive- projects our congregations might offer today?

I believe that the Next Big Thing – at least in the Charlotte area – is  affordable housing.  As wages remain stagnant and low/middle income housing is being replaced by more expensive homes, the United States is facing a crisis.  Some of the reasons are spelled out here.

There are very few new hospitals or colleges being established these days.  The ones we already have have expanded into medical centers and universities.  But if low to middle income citizens have no place they can afford to live, they won’t be able to benefit from those medical centers and universities and the economic divide will continue to expand.

What’s the next Big Thing for your congregation?  A shelter for trafficked women? Affordable day care? A free clinic?

God moved ordinary people to take risks for the sake of the vulnerable in the 19th and 20th centuries.  What risks are we taking to serve the vulnerable today?

Images of Johnston C. Smith University (founded in 1867, just two years after the Civil War) and the Freedom Drive Affordable Housing Project model expected to open in 2020, funded in part by Covenant Presbyterian Church in Charlotte.