Conversations with an Unexpected Twist

I try to take somebody’s mother out to dinner on August 28th every year because it’s my mother’s birthday and I can’t take her out to dinner.  Last year I took her sister out for dinner and I called at the last minute to get a reservation:

Me:  Hi.  I’d like a reservation for two outside.  Someplace with a nice view.

Hostess:  Is this a special occasion?

Me:  Yes, it’s my mother’s birthday and her sister and I are meeting for dinner.

Hostess: Will you mother be coming with her sister?

Me: Unfortunately no.  My mother is dead.  But please wish a Happy Birthday to her sister if she gets there before I do.

I love eating out. When we arrived, the hostess mentioned how nice it was that V & I were getting together for Mom’s birthday. And then the hostess told me about her own mother who had died recently of breast cancer.  Yep. 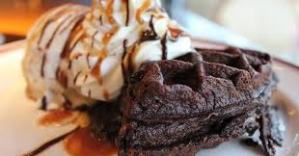 Yesterday, I had a doctor’s appointment and as I was leaving, the conversation went like this:

Me: (to my doctor who has a LeBron poster on his wall) Did you see LeBron talking about the NBA boycott last night?

*Doc: Why do people have to be so emotional?

Doc: I mean, I don’t see race.  But clearly this black man was a bad guy.  He had a knife.

Me: I think the knife was in his car.  He didn’t have a weapon on him at the time he was shot.

Doc: But the police know what they are doing.  They were just defending themselves.

Me: Do they? He was shot in the back seven times.  I don’t think he would have been shot if he was a white guy.

Doc: People are so emotional.

*Maybe I don’t need to say this, but this doc is a young straight white guy.

I like doctors – especially those who like basketball.  We were talking about my shoulder and then the conversation made a twist and I found myself talking about racism with with this guy who is a specialist I don’t need to see after next week.

But we need to keep talking to each other.

Image of the dessert I always ate for Mom’s birthday when we lived in Northern Virginia: The Flourless Chocolate Waffle at The Carlyle.

2 responses to “Conversations with an Unexpected Twist”