This Could Be Dangerous

Courageous people do dangerous things.  They speak the truth when it could get them in trouble.  They step in when the weak are being bullied.  They put themselves in situations that others avoid.

Jesus did all these things. 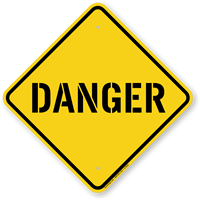 We could say he was an instigator, but actually he was showing us what God’s love looks like  – speaking the truth, stepping in, putting himself in tricky situations.  He wasn’t putting himself in danger for the danger’s sake.  He was doing it for love’s sake.

Talking to a foreign woman in public.  Refuting the powerful Pharisees in public. Touching a leper in public.  His was a public ministry and it was often dangerous.

Our congregations do dangerous things too, but sometimes they are the wrong kind.  It’s very dangerous for a church to:

These might be common occurrences in our churches, but the danger is that they create unhealthy congregations that – subsequently – spend more time untangling messes than doing ministry.

It’s so much more fun to do authentic ministry that changes people’s lives than to think we are doing ministry, but actually we are busying ourselves with power struggles and conflict. Nobody wants that.

It’s deep faith in Jesus that makes us care more about being faithful than being fearful.  He lived in danger for much of his life and yet he remains the Light of the World, the Good Shepherd, the Bread of Life – and so much more.

One response to “This Could Be Dangerous”