Obviously the answer is a big yes. 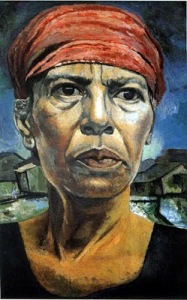 But as we in the United States know – at least in most Protestant Churches – the pastor is paid according to the financial contributions of members.  If the members are wealthy, they can afford to pay one or more pastors a higher salary. If the members are unemployed, on fixed incomes, or living paycheck to paycheck, they cannot afford to pay their pastor a high salary.

Rich pastors do not work harder than poor pastors, no matter what you might have heard.  All people are in need of pastoral support because all of us are spiritually broken.  But while all churches in all neighborhoods are comprised of people struggling with everything from addiction to family conflict, pastors serving in the poorest neighborhoods have additional issues within their congregations. And there are fewer resources for serving the children and adults of that community.  The daily financial insecurity can feel unrelenting.

As you read this today, I will be in Puerto Rico where the Presbyterian Church is strong in spite of a devastating financial debt crisis.  This letter from four of us in PCUSA leadership to the President and Congressional Leaders states that:

Puerto Rico’s unsustainable debt, which is more than two-thirds the amount of its GDP, cannot possibly be repaid simply by using spending cuts and tax increases.

We are asking our national leaders to consider forgiving debts and supporting our neighbors to the south.  They are citizens of the USA.  They are an essential part of our culture and God’s Church.

Every once in a while throughout my denomination, someone will suggest pay equality for clergy and – every time – it doesn’t go anywhere.  Those of us who have served in prosperous communities are usually not willing to give up our healthier paychecks.

Several decades ago, I remember hearing about the first PCUSA pastor to be paid a six figure salary . He was the senior pastor of a large urban congregation and I remember wondering – as I served my tiny church where most people were eligible for food stamps – if he worked as hard as I worked.  It’s difficult to measure this kind of thing if we take into account cost of living, years of experience, etc.

But this is an issue that deserves consideration as we rethink what the Church looks like in the 21st Century.  If we truly care for the poor, will we make ministry to the poor possible?  Will we ever encourage our most gifted pastors to serve in our poorest neighborhoods?

4 responses to “Do Poor People Deserve a Great Pastor?”