There’s the kind of discernment that matches a pastor with a position that is so clearly right.  Spiritual Leader and Spiritually Led grapple and thrive together with mutual respect and support.  Stuff gets done.  Positive impact is obvious.  Conflict brings growth.  Jesus dances. 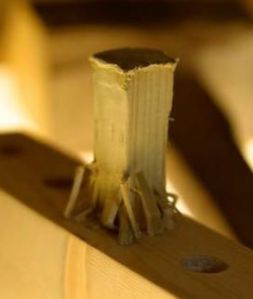 a position that is all wrong. Maybe it looked right. Maybe it even felt right – at least for a while. But the Spiritual Leader and the Spiritually Led struggled with power issues, reality issues, and personality issues.  People got hurt. Negativity flourished.  Conflict was never resolved.  Jesus wept.

Yesterday’s post was about discerning our call to ministry. Today’s – at the suggestion of a smart person I admire – is about why some calls go terribly wrong.

Is it like a rushed marriage?  (I thought he was so fun but then I realized he was addicted to fun.)  Does it happen when we ignore red flags?  (It was a little weird that she was always borrowing money from me, but I thought she was just carefree.)  BSE always used to say:  It’s better to be alone than to wish you were.  The same is true for churches and other institutional ministries:  It’s better to have no pastor/no call than to wish you didn’t.

Here are some common mistakes in the Calls-Gone-Wrong department:

A time comes in even the best calls when moving on is necessary and good. But that moment when a church or a pastor realizes that This Match was a Big Mistake makes people and organizations splinter in pain.  We can avoid this.

This post is dedicated to all Pastoral Search Committees and to all those seeking new calls to professional ministry.

5 responses to “A Call Gone Wrong”