That Time Chick Fil A Opened on a Sunday 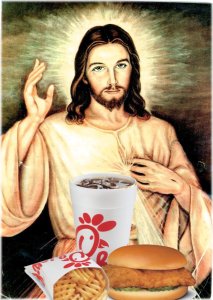 The Pharisees said to him, “Look, why are they doing what is not lawful on the sabbath?” And Jesus said to them, “Have you never read what David did when he and his companions were hungry and in need of food?  Mark 2:24-25

Chick-Fil-A lovers know that they aren’t open on Sundays.  It doesn’t matter if the store is in a busy mall, a heavily trafficked highway, or the Atlanta airport.  If you crave a #1 with waffle fries and a sweet tea on what many call the Sabbath, it’s too bad.  Being closed on Sundays has been part of their culture for over 70 years … until last Sunday.

When the power was out in the busiest airport in the world last Sunday leaving travelers hungry and frustrated, Corporate Headquarters made the decision to open up Chick-Fil-A and feed the stranded people at the Hartsfield-Jackson Airport.  Over 2000 meals were served.

Chick-Fil-A gets that the Sabbath was made for people – not the other way around.  The point of closing on Sundays is that we are reminded that the world does not stop spinning if we rest.

[Note:  Chick-Fil-A was also in the news several years ago for their founders’ stance on “traditional marriage.”  Today they espouse more inclusive views.  “We want Chick-fil-A to be for everyone,” according to one company VP here.]

In these days when most humans have no idea about the theological significance of holly or stockings or candles in this season, it’s refreshing to see a fast food restaurant which knows precisely why they do what they do – theologically.  They honor God by keeping the Sabbath until it’s clear that it honors God even more to feed desperate people.

I can imagine Chick-Fil-A workers saying, “my pleasure” as they passed out those chicken sandwiches Sunday, but – actually –  I believe it pleased God even more.