“I’m having a terrible time Miss Maudie.  Jem is staying up in that tree until Atticus agrees to play football for the Methodists.” 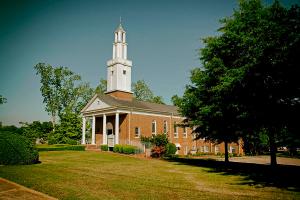 Atticus Finch and his children were Methodists in fictional Maycomb, Alabama in To Kill a Mockingbird.  Their creator Harper Lee was also a lifelong Methodist.

Scout was having “a terrible time.”  Her brother Jem was protesting his father’s refusal to play football for the Methodists against the Baptists.  And their father Atticus’ excuse was that he was too old, that he might get hurt.

I thought about them all last night as the United Methodist denomination made a decision yesterday about who could lead their congregations. For some of us it feels like a terrible time and it’s not because any denomination is competing against any other denomination in any realm.

It just it feels old – Biblically.

Those of us who study the Bible know that there are countless verses in the Hebrew and Greek scriptures which 21st Century human beings discount except as ancient information.  I’m not going to get into a Bible battle here but I recommend that we look at the whole of Scripture to discern God’s will for us today. This is much more difficult than picking and choosing individual verses that seem to support what we already believe  Looking at the whole Bible convicts us all because not one of us has cornered the market on God’s Truth.

Grappling with Scripture is a lifelong process and I have great respect for people who grapple deeply but disagree with me.  I have less patience for people who pick individual passages that “prove” their point.

Harper Lee’s friend Truman Capote would most likely would never be a candidate for leadership in the United Methodist Church, but I would have loved to know what she’d say over yesterday’s decision.  On second thought, it doesn’t really matter what Harper Lee thought.  It matters only what God thinks.

It matters what God thinks about us and if we look at the entirety of Scripture it is utterly clear that God loves us no matter who we are or what makes us who we are.

I believe God created us to be diverse beyond our wildest understanding and that God treasures each of us in our differences.  I believe that God calls every one of us to some kind of service in this life.  And I believe that sometimes that service involves professional ministry even for people that we might not call.  But we are not God.  The God who made us gets to pick who is called into ministry.

Some people will not want to “play for the Methodists” after yesterday’s decision.  And some will be happy with their team’s decision.

But this is not a fictional story.  This is real life.  And real hearts are broken today.  Real congregations are split today or they might split in the future.  Real pastors who happen to be LGBTQ human beings with real marriages are in pain today.  It’s a good day to pray for the Methodists.

Image of the First United Methodist Church building in Monroeville, Alabama. This was Harper Lee’s place of worship.